As an author, I love good writing. I love it in every shape it takes: music, theater, literature, movies, TV, and even video games. I devour good stories and savor exquisite dialogue. There’s a lot on TV, however, that just isn’t worth the time, and I appreciate any list that helps me procure those truly exceptional shows. So, here’s three that are on my list (not in any order). Feel free to add any of your favorites as well. As a fair warning, some of these shows are a bit rough–some, but not all. For those that are, I’ll let you know what to watch out for, in case colorful language, copious amounts of blood, or some “tasteful nudity” turns you off. 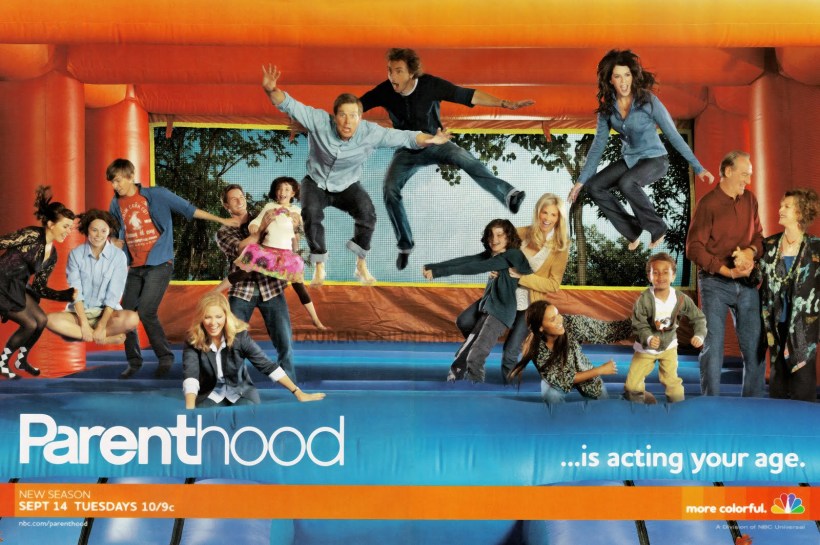 Parenthood– A show that’s really just about a family that has to deal with all the normal stuff that your family has to deal with. This show sets the bar for television dramas. The thing that I like most about Parenthood is that it feels authentic. They don’t overreach with bizarre plot lines. They don’t hyper-manage the dialogue so that it every moment is a hallmark moment. People talk over each other and you only catch bits of the conversation at points, but that just feels like a family conversation around my dinner table to me and I like it. It’s a show that thrives on subtlety, and subtlety is the watermark of confident, mature writing.

Hannibal– Like the juxtaposition? This show is gorgeous. That’s an odd compliment to give a television show that has literally been banned from certain channels because of it’s gore and “violence”. I put violence in quotations, because the actual violence in Hannibal is not anything that you wouldn’t see on CSI or 24. It’s the display of the victim’s body that can get to you if anything. In Hannibal, the human form and psyche is art. Bodies are displayed as icons, symbols of deeper psychological meaning, so that the detectives and grasp the mind of the man or woman who killed them. A human mushroom farm, blind justice, and people used as antler ornaments are just a few examples of the show’s creative displays of dead human bodies. It’s not the artistic rendering of crime-scenes that draws you in, though (it certainly stuns you into paying attention). It’s the exchanges between the show’s characters and the maestro of human manipulation, Hannibal Lecter. An ominous energy charges every episode, because you know exactly who Hannibal is but no one else does. He works his web around people psychologically unsettling both them and you, until he is, at last, ready to devour them. Most every episode ends with my jaw on the floor at the brilliance of this villain and the unexpected turn that the plot has just taken.

Ripper Street– Ripper Street is what you would get if CSI got together with Downton Abbey and had a lovechild who could speak like Shakespeare and throw a punch like Mayweather. Set around the time of the Jack the Ripper murders, the show’s main protagonist is a duty-driven detective in Whitechapel who’s deductive prowess make him something of a Sherlock Holmes, though he’s not so self-assured. The crimes center around the consequences of advancements in technology, medicine, and entertainment, like moving pictures, electrified railways, the stock market, and lobotomization. Caught up in this world of greed and murder are the detective’s American surgeon, who is a carousing, substance-addicted fugitive, though very handy with in brand-spanking-new field of forensic science, and an ex-military man who is the muscle to the detective’s brain. The characterization and crimes are very intriguing, but the main draw of this show is the dialogue. Almost every line is so eloquent that you could read the script at a wedding, graduation ceremony, or even a friggin’ funeral and receive a standing ovation. As a heads up, there is a very slight amount of nudity in Ripper Street (mostly in the form of cadavers laid out on an examination table, but the first episode does show a bit as well).

How about you? What shows would you recommend for their writing?